Is PlantUML installed as a package? Then we can run it like this: plantuml input.puml .

Any file extension can be used. Using .txt probably makes it easier for people to open the text files. On the other hand, when we use .puml it is immediately clear what the file contains. We can call PlantUML with any number of file and directory paths as argument.

PlantUML.com has a good command-line options page . It also explains how to get the source from an output PNG. It is embedded there as text. That can also be used as a way to only regenerate a file if it is necessary.

Horizontal instead of vertical

To get a horizontal diagram we can add left to right direction at the top, like this:

Lines and arrows going both ways

We can't specify lines and arrows twice in separate directions. We must specify them both in one go. Like this: A <--> B

I find it to be the least error prone to do all of them at the end, rather than some in between.

Mixing UML concepts in one graph

allowmixing can be added to allow mixing UML concepts that are not supposed to be mixed. In the diagram below I am mixing components with classes.

It leads to the following diagram: 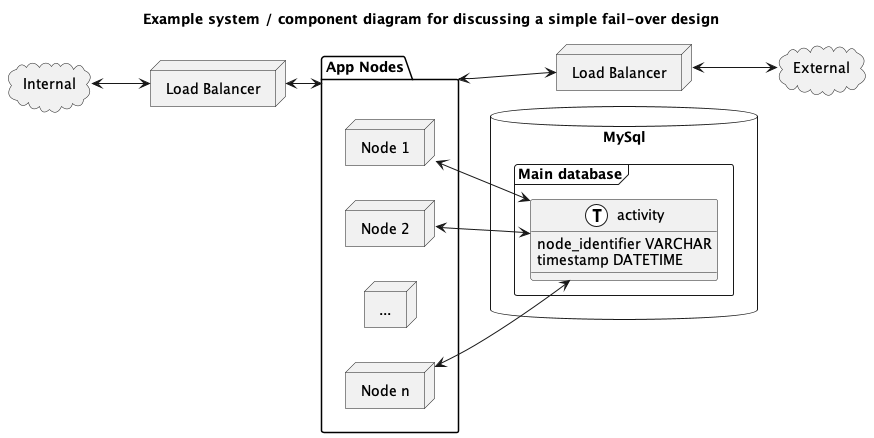 Here is an example sequence diagram for discussing how to add a migration plan to an existing integration/converter service. There is a section for normal operations, where

Not shown here is are components like the fail-over and retry mechanisms. 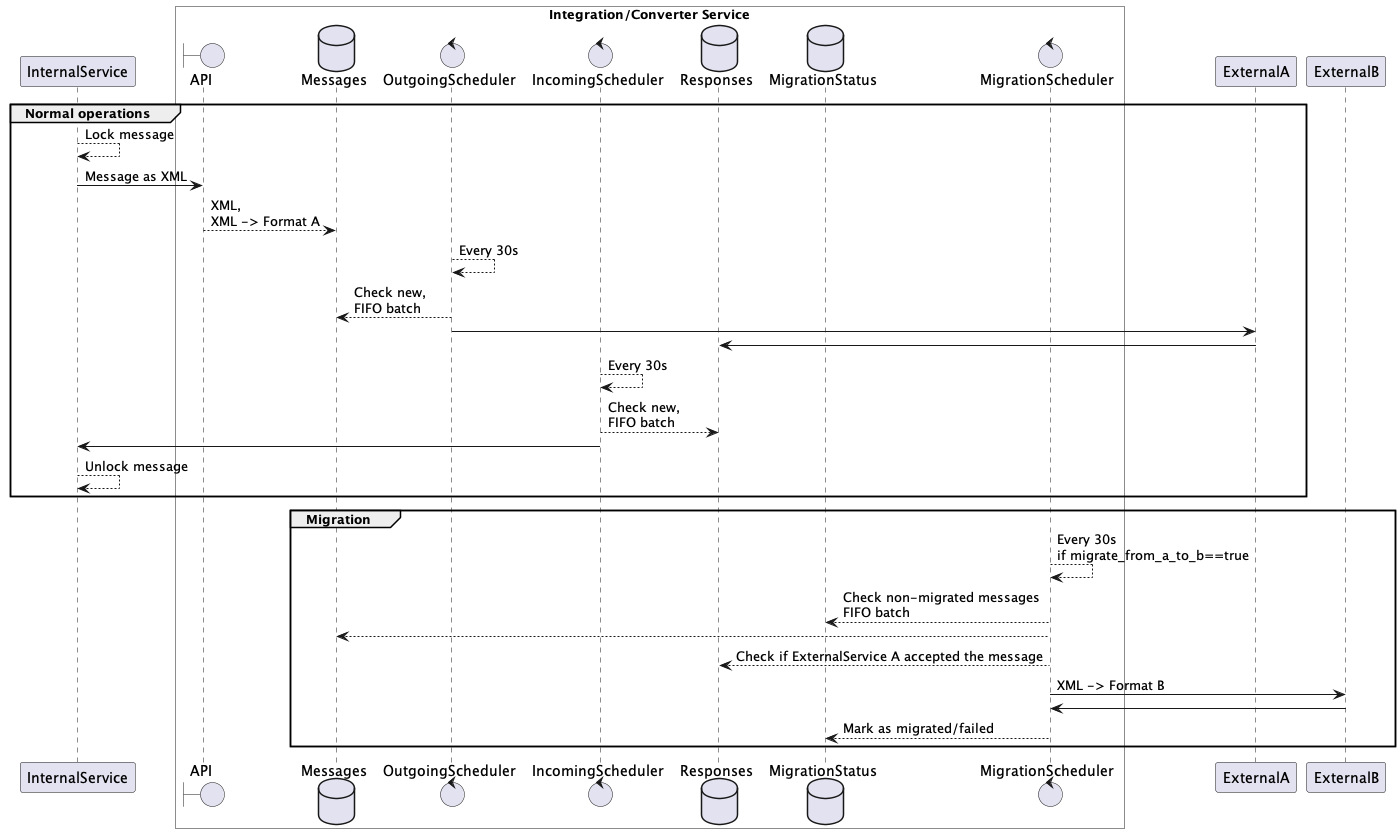 We can integrate PlantUML with Pelican using the plugin called plantuml. If you already have the entire plugin repository locally all you need to do is add plantuml to your plugin list. We can embed the PlantUML diagram specification inside our content and it will be processed and replaced with the image file.

This is the opening text:

Then we add the UML specification, and close with: